On-chain this week #37 of 2021 has been exciting and the price of BTC has swelled to recent local highs. While many in the crypto markets are looking for the strong winds to blow off tops as we leave the dog days of summer, BTC remained rather sleepy with little weekly price change.

The question remains if Bitcoin will follow other traditional markets this autumn and begin to expand through Q4 into the late spring of 2022. This week’s sentiment seems bullish, but sentiment taken from social media can be deceiving; by asking the right questions we can uncover the true nature of the factors that are driving the price of Bitcoin.

What are the miners doing? 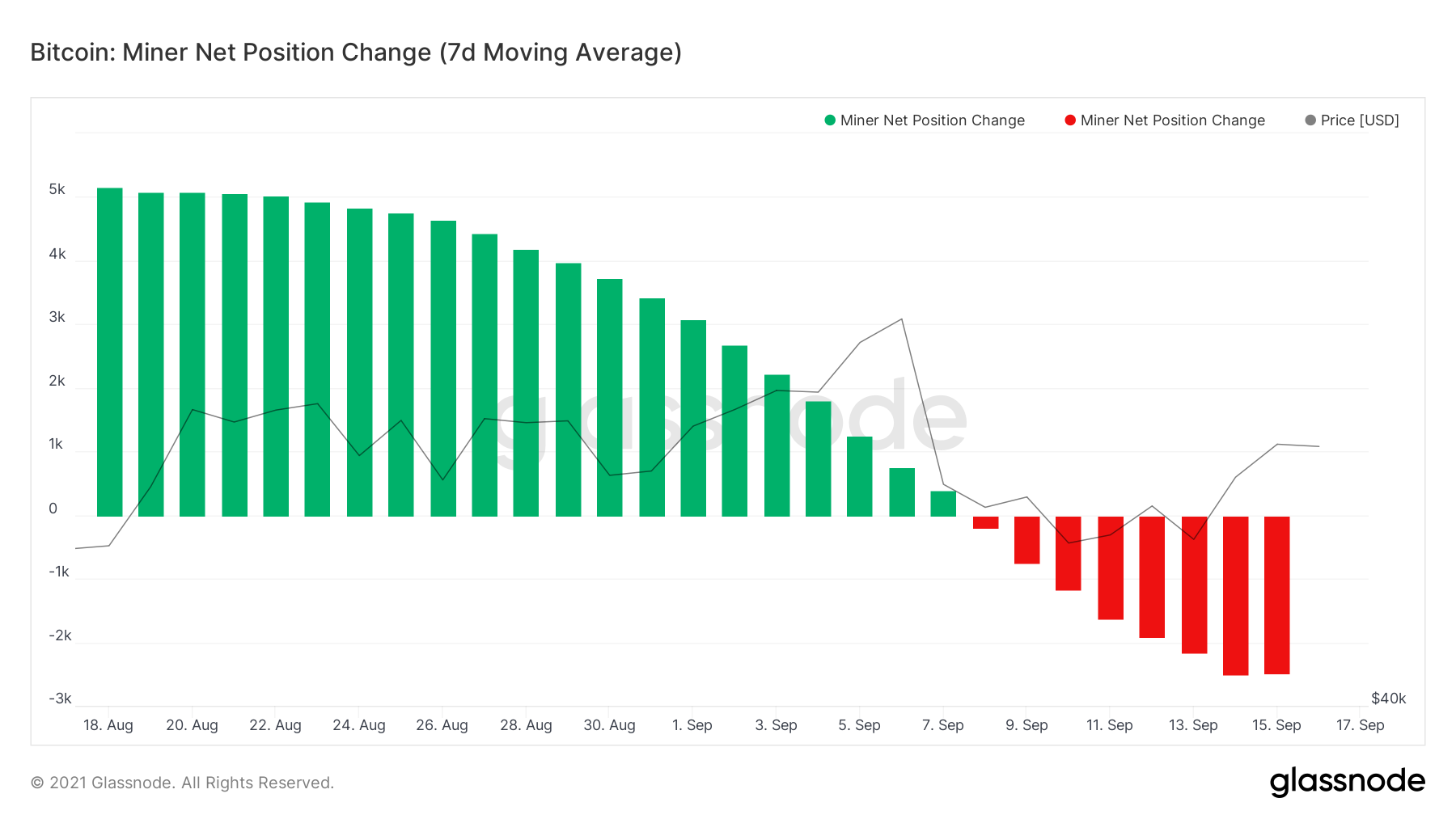 Historically, BTC miners make the early move as they control the levers of their supplies to the bitcoin market. This recent price surge last week was no different. As the price of BTC grows, miners–who are compulsory sellers, usually sell when they have a large supply of BTC from mining rewards, and historically, they sell into strength. In this chart, we can see a sell-off that started towards the end of last week.

Notice how the actual data differs from the “smoothed” 7-day moving average. We can see a consistent change in the amount of BTC that miners held through the last week, rather than a growing trend as the 7d-MA might lead us to believe.

Are the HODLers HODLing?

As we look into the wallet balances of BTC holders who have decided to never give up the dream of the million-dollar Bitcoin, we can see that the population of HODLers may not be holding as much BTC as they claim. HODLers seem to be paper-handing their way all the way to the bank, and selling into strength just like the miners do. Look at last Saturday and you’ll see a sharp decline in HODLers HODLing.

As the price of Bitcoin increases, we see that the number of addresses that go active increases. Since each individual person can control multiple addresses, it’s difficult to directly link activity with price movement, but, by looking at the chart above we can see that users typically take weekends off. The “Number of Active Addresses” metric seems to validate this assumption with decreased activity over the weekends in the past month, with a strong rebound towards the end of the week.

One might suggest that the sharp increase of activity could be explained by countries like El Salvador creating wallets for its citizens and allowing for BTC to be exchanged as legal tender. Our intuition might tell us that more activity, regardless of the source of that activity, is a good overall signal. However, we should be use caution when making such connections without taking into account the changes that are happening in how we use BTC on a daily basis.

Conclusion: BTC Price will sink to the lower 40s.

Looking forward to the end of week #37 and into week #38, we should see prices relatively flat through the weekend with the potential for some small gains as miners head back to the mines in search of more coins.

Comparing the 7-Day Moving average to the 14-Day Moving average, we reveal that even though on a small scale–it appears that price is moving upwards when we look at the 14-day trends, it’s clear that price hit a high-point with an obvious expansion. This indicates that we should expect to see a downturn in price with a drop off to the lower 40s as we seemed to have reached a new local high in this cycle.